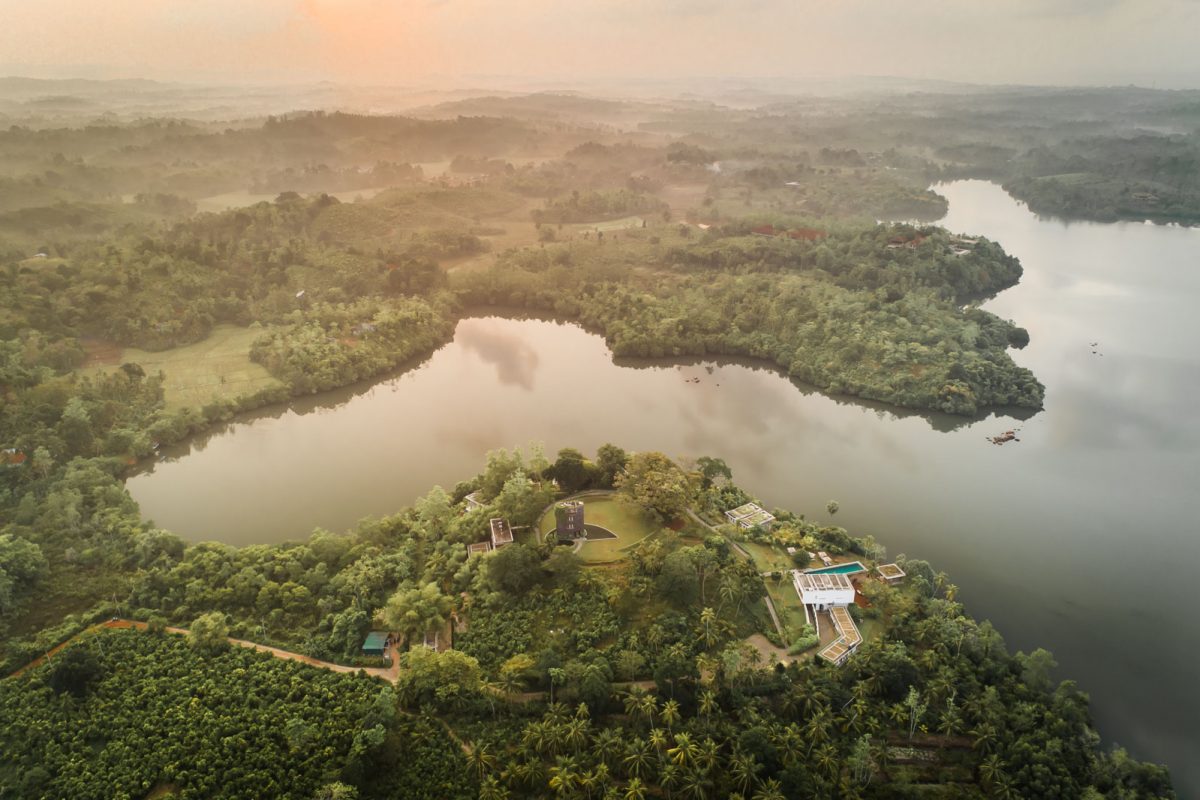 We’re lucky to live in such a diverse and varied country, boasting an endless variety of spectacular sights. If you can tear yourself away from our lakeside panoramas, there are a wealth of views to behold. From the highest mountain peaks to long, golden beaches, here is our round-up of the best Sri Lankan views… Located in the heart of the cultural triangle, surrounded by towering peaks and vast lakes, Sigiriya is renowned as one of the most beautiful spots in Sri Lanka. The towering ‘Lion’s Rock’ is an icon of Sri Lanka and a place of pilgrimage for locals and travellers alike. The best views come at sunrise, but this means the path to the top is often busy. Our suggestion? Head to neighbouring Pidurangala rock. This little-known peak is often empty, and offers spectacular views of Sigiriya Fortress without the crowds.

Nuwara Eliya from the train

The train ride through Sri Lanka’s lush and mountainous hill country is renowned as one of the world’s most spectacular rides. Journeying through tea fields, past waterfalls and colourful villages, the train snakes its way from the coast all the way to the verdant central region. The most picturesque stretch goes through Nuwara Eliya, with clear days offering views right down to the south coast. Grab a ‘short eat’ of crisp vadai fritters at the station, settle into your seat and drink in the views…

A sacred place for Buddhists, Hindus, Muslims and Christians alike, Sri Pada or Adam’s Peak is a uniquely symmetrical mountain located in central Sri Lanka, known for a sacred footprint found within a rock formation near the summit. For the most breathtaking Sri Lanka view, climb the mountain in the pre-dawn darkness, and arrive at the peak in time to watch the sun rise behind you, casting a distinctive triangular shadow on the clouds lining the valley below. One of Sri Lanka’s best-loved beaches, Unawatuna is a long, palm-fringed stretch of golden sand and crashing waves running along the island’s southern tip. Surfers and sun-worshippers flock to the beaches by day, but we think the best views come at sunset, when the sky is stained gold and pink. Relax on the sand, coconut in hand and watch the sun set over the sea with nothing between you and Antarctica.

Perhaps we’re a little biased, but we think that one of the best views on the island can be found right on our doorstep. Follow the spiralling path from the pool, up past the library and yoga shala to the water tower. Climb the spiralling stair case to the very top, to find our hidden little viewing platform. As the sun sets below the trees, this is our very favourite spot to relax, sip an ice-cold beer from the honesty bar and listen to the sounds of nature at dusk.

Where are your favourite views in Sri Lanka? Let us know in the comments below. 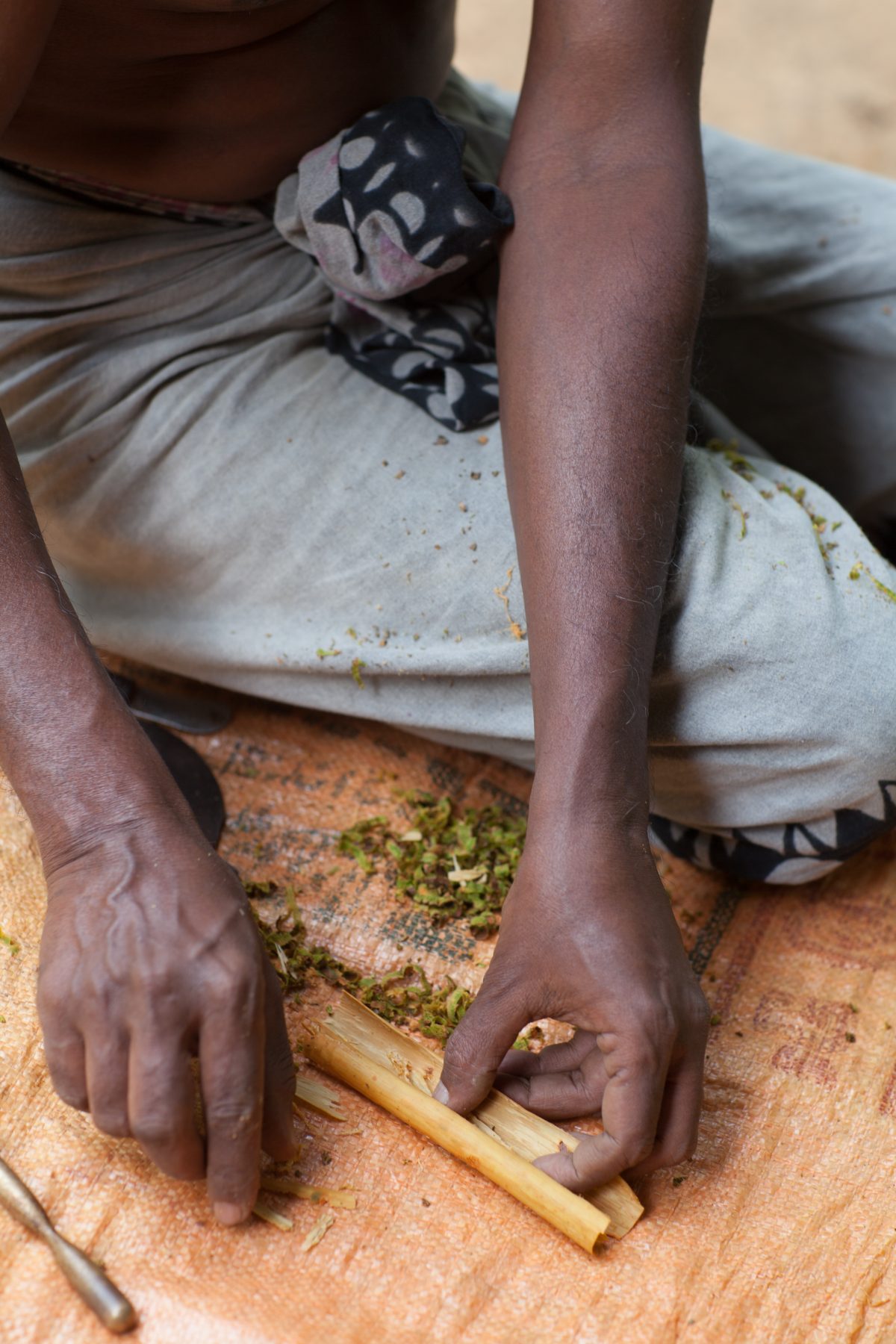 Cinnamon is all around at Tri, from the sweet scent that lingers from the wood that adorns our villas and suites, to the bark freshly cut from the tree that makes its mark in our aromatic curries and fragrant dahl. For centuries, cinnamon has been used in Ayurvedic practices to harmonise the doshas, particularly good for balancing Vata and pacifying Kapha. More recently, the spice has been widely acknowledged for its health benefits, helping to improve everything from heart health to brain function. Here are five reasons why cinnamon’s bark is as powerful as its bite:

1. CINNAMON IS A GREAT SOURCE OF ANTIOXIDANTS

Cinnamon is jam-packed full of antioxidants – substances that protect us from free radicals (essentially, the things that cause nasty diseases). Foods high in antioxidants are associated with a whole range of health benefits, including improved heart health, better immune systems and lower risk of infection. More antioxidants = happier bodies.

We’re constantly warned of the dangers of high cholesterol, but with different types of cholesterol in different foods, it can be confusing to know what we’re ‘allowed’ to eat. Cinnamon helps to raise the levels of HDL (the ‘good’ cholesterol) in our bodies, which in turn helps remove LDL, aka ‘bad’ cholesterol. Lower LDL means improved heart health, and likely a lower risk of heart disease.

Cinnamon has been floated as helpful in the treatment of type 2 diabetes, as it has the ability to reduce blood pressure and have a positive effect on blood markers for those suffering from the condition. Its sweet, vibrant flavour also means it can be used as a natural sweetener in many dishes, reducing daily sugar intake.

As cinnamon is a natural antibiotic, anti-viral and anti-fungal agent, it can be used to fight a whole range of day-to-day nasties. Next time you feel a common cold coming on, hold off on the Lemsip and reach for a bottle of cinnamon oil to rub onto your pressure points, instead.

5. CINNAMON CAN BE USED TO IMPROVE BRAIN FUNCTION

Studies have shown that one of the benefits of cinnamon’s antioxidant properties is that it can help defend the brain against neurological disorders, particularly helpful in improving motor function for those suffering from Alzheimer’s or Parkinson’s.

Take a trip with us to Cinnamon Island for the full experience from tree to tea. 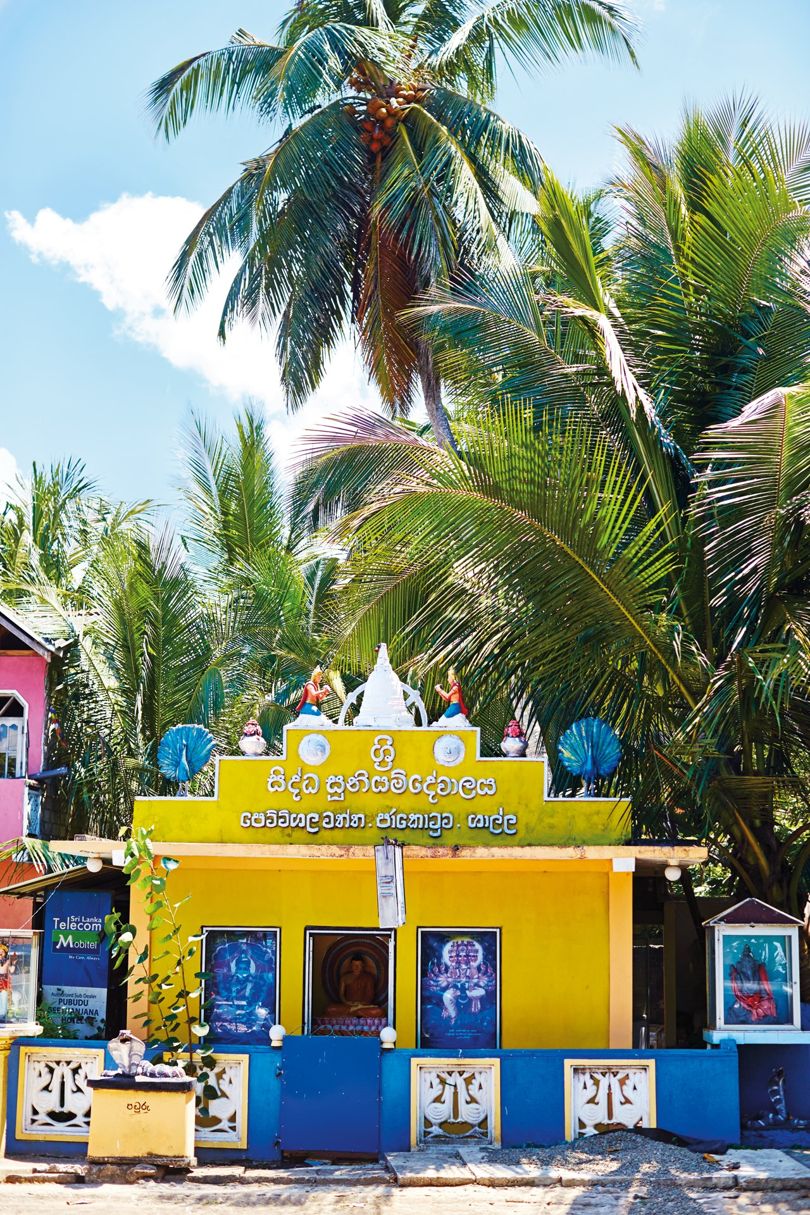 Historic and bustling, the labyrinthine streets of Galle Fort offer endless opportunities to lose yourself. Wander the winding streets, lined with colourful boutiques, scented with spices from tempting eateries and dappled with shade from the climbing greenery and towering palms — all just a short tuk-tuk ride from your lakeside refuge at Tri.

There are countless secret spots to discover within Galle Fort, and the best place to start is right on the fortified walls. Walk the perimeter of the town to escape the heat and enjoy a cooling ocean breeze, with panoramic views of the Indian Ocean beyond. Take in the iconic white lighthouse, and pause to watch local kids leaping from Flag Rock into the deep azure waters below. Getting hungry? Head to a street food stall to sample a fresh parippu wade prawn and lentil fritter or pani cadji ice cream with kithul honey and cashew nuts. The winding backstreets of Galle Fort are a haven for shopaholics, dotted with boutiques selling colourful clothing, beautiful homewares and eclectic knick-knacks. Stock up on vibrant and sequin-scattered kaftans at resort wear wonderland Mimimango (63 Pedlar Street), or fill your suitcase with beautiful, locally-made pattern- and print-adorned homewares at Tallentire House (51 Pedlar Street), whilst Stick No Bills (35 Church Street) is home to a fascinating collection of vintage travel posters and prints. In a city famed for its jewellers, those in the know head to Laksana (30 Hospital Street) for the deep, cornflower-blue Ceylon sapphires, bought loose, as well as spectacular jewellery with uncut stones.

Galle Fort offers a smorgasbord of dining experiences for every palate and budget. The Tuna & The Crab (Galle Dutch Hospital, Hospital Street) is a southern offshoot of Colombo institution Ministry of Crab, serving up Japanese-inspired seafood to glamorous diners in the beautiful old Dutch Hospital. For a low-key lunch, Poonie’s Kitchen (63 Pedlar Street), tucked in beside Mimimango, is renowned for its fresh juices and colourful salad thalis, whilst Galle Things Roti (38 Church Street) offers a simple and delicious DIY menu of roti, curry and sambols. As the sun dips below the horizon, end your explorations with a delicious cocktail on the veranda at Amangalla (10 Church Street) — the fresh mango Bellini is our favourite.